Gluten and the Gut

I got the following book about the gut:
https://www.amazon.com/Gut-Inside-Story-Bodys-Underrated/dp/1771641495/
It is written by Giulia Enders, a young scientist that is passionated by the gut.
The book has been translated from German to a number of languages. 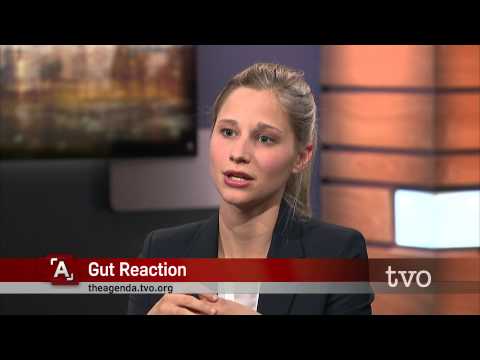 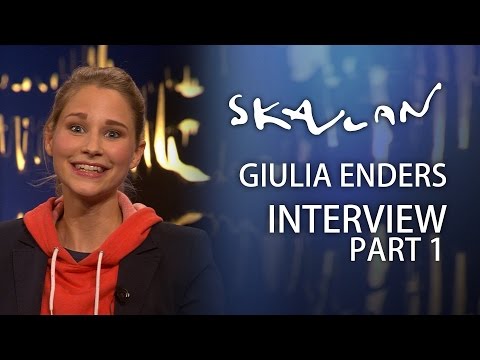 The preface of the book mentions something interesting about an unknown skin disease which was one of her reasons to have interest in the gut. I’ll describe the parts about the skin disease mentioned in the preface here:
First she mentions that she was born by cesarean section and could not be breast-fed. (I was also born by cesarean section, but not sure about breast fedding, I’ll have to ask my mum.) She’s lactose intolerant.Got some thin/fat/thin/fat weight problems, then for a long time her life was fine, until she got “the sore” at an age of seventeen. It started on her right leg with no apparent reason, which refused to heal. Then she got some cream prescribed from her doctor, and three weeks later, her entire leg was covered with sores. Soon it spreaded to the other leg, arm, back en sometimes on the face. (The Dutch translation that I have used “often” instead of “sometimes” on the face.) No doctor could help her, and gave vague diagnoses of some kind of nervous eczema. She wore tights to prevent the sores from “weeping” through the pants. And people that saw her thought she had cold sores.
By chance she found a report about a man that got a similar skin condition after taking antibiotics. She also took antibiotics a couple of weeks before her first sore appeared.
The skin condition was persistent, but at some point in time she got control over it by: 1) stopping with dairy products, 2) stoppen with eating gluten, 3) by eating healthier and 4) eating probiotics.

Things that differ from our condition: 1) hers was possibly caused/started by the use of antibiotics and 2) appeared not only on the face, but also at the legs, back, arms.
Similar are: 1) the weeping symptom, 2) looks similar to cold sores, 3) persistency.

Maybe hers were caused by topical steroid withdrawal (TSW), because she mentions the use of it.
But she believes she got control over it by the diet mentioned earlier, too improve her gut. (Gut and immune system are also very related.)

The only thing from her diet that I haven’t tried is stopping with gluten. So I got some gluten free bread and I’m going to read the book.

I’ve also read this book and in the past I’ve read other books like it. Another that is similar is called Healing Psoriasis: The Natural Alternative by John Pagano.
Most recently I read the Wahl’s Protocol.

These books all say the same thing. Sugar, dairy and grains are giving you Alzheimer, diabetes and skin rashes and a myriad of other problems.

Here’s what happens when I cut out dairy, sugar (except from fruit), grains and pretty much anything process and in a package- for three days, I have flu-like symptoms as my body goes through withdrawal. Then I start to have more energy and I’m not as hungry as before. I am also not tired as much, like when I’m at work and have to push myself along while feeling I’m going to keel over and sleep. It seems to improve migraines and I don’t have to take aspirin that often. Also, I’m able to go to the bathroom a lot easier and more often. And I don’t wake up in the night to go pee.

There is some merit in what is said in these books, and I can see the results in my own life. But its never done jack for my skin unfortunately. I’ve read plenty of posts where people said cutting out these things fixed their skin issues. It may work for some people.

I recommend Wahls Protocol or the Psoriasis book also. By pushing people off gluten and such, the psoriasis guy claims to have healed a lot of people from their psoraisis.

Just remember these books are always anecdotal. They tell you about the 20 people who it worked for and neglect to mention the 500 it didn’t do jack for. And it’s very easy to say “Barbara in (small town), Maine was healed by removing gluten,” in a book without having any way to prove it.